Over the past few months, I've been lucky enough to work with Kyle from the incredibly useful BareKiwi.com. He's an absolute legend who over the years has gained a massive following on social media - especially on YouTube where he publishes a range of videos that serve as a travel video guide to New Zealand featuring activities, attractions, and accommodation. Kyle's passion for New Zealand is perhaps most evident in his recent undertaking - Christchurch is Awesome - a six part video series that features Christchurch as a city that is very much open and thriving with innovative new space to explore. Kyle provides some background on the Video Series below, and as he releases the episodes over the coming days we'll embed them on this page.

Over the last four months my team and I have created a massive koha (gift) for the tourism industry and people of Christchurch in the form of six videos highlighting the new colours of the post earthquake city.

It all started when I first visited Christchurch in May of this year. It was the first time I had visited the city since the February earthquake, and I had only heard stories of a broken city via media and the rumor mill had built a negative image of the city. It only took a day of walking around for my emotions to switch from sadness and pity to happiness and positivity. The city is alive and the people running the place are incredibly passionate and positive about life and their city. 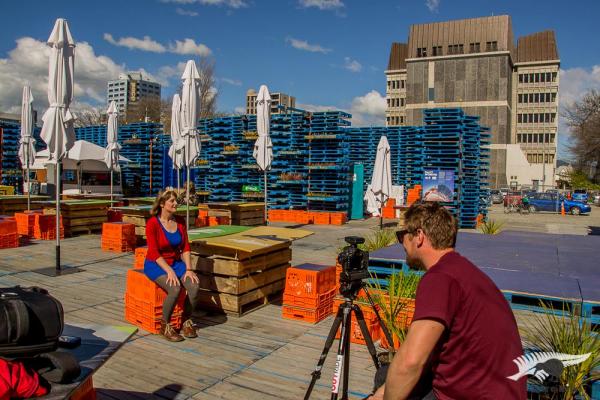 Lonely Planet rated Christchurch as one of the Top Ten Cities in the World to visit in 2013. To be honest I thought this was out of sympathy, but it’s not until you’re in the heart of the city that you really understand this.

There is creativity in everything being developed; from a downtown area built out of brightly painted shipping containers, to quirky gardens filling vacant sites, to a volunteer built mini golf course using road cones in the CBD, and a whole venue built using pallets. 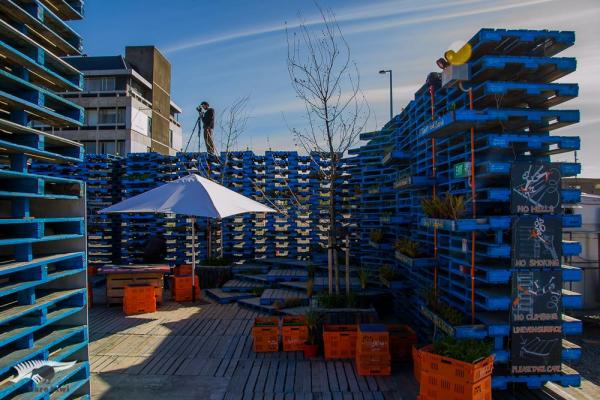 I was so moved with how positive this new city is, and I wanted to show the world that Christchurch is awesome and the rumours are rubbish! It’s not until you're here that you understand this. So how could I make this happen?

My business, Bare Kiwi, uses video and social media to promote tourism operators. I had never undertaken such a massive task before and knew from the beginning this would be a mammoth job. I would need to beg, borrow and beg some more to create these six videos to help promote “CHRISTCHURCH IS AWESOME” to the world. This project started as a plan over a coffee at C1 Cafe with now good friend Kimberley from the Ministry of Awesome. Kimberley helped connect me with the right people and assisted with the hardest job, securing financial support. KiwiBank and Tourism NZ stepped up to this challenge and without whom this project would not have been able to go ahead.

I haven’t made a profit off this whole project, that was the plan from the beginning. It is a gift. This project is all about Christchurch, bringing people back to visit this city. I am confident these videos will do just that. I believe in Christchurch and I urge you to visit and experience it for yourself.

Episode One: Full of Surprises