Hidden Beaches of the Coromandel Peninsula

Hidden Beaches of the Coromandel Peninsula


Despite the fact that I haven’t lived in New Zealand for over ten years now, I feel very fortunate to come from such a beautiful and unique country. It is still my plan to return for good one day.

People are friendly in New Zealand, nature is wild and visually stunning and the colours of the landscape are intense and incredibly vivid.

I don’t know why New Zealand isn’t known worldwide for its beaches. Some of the most beautiful stretches of sand that I have ever laid eyes on are located in this mystical land at the end of the earth. And a large number of these amazing beaches are located in an area that is one of New Zealand’s best kept secrets: The Coromandel Peninsula.

Despite only being ninety minutes drive from Auckland City, for some reason the Coromandel has remained a hideaway only well known amongst Kiwi families, with much of the tourist throng congregating on the ivory shores of Northland. There are a few that make it up these ways but not many explore further than Whangamata, Whitianga and Hot Water Beach.

They are missing out. 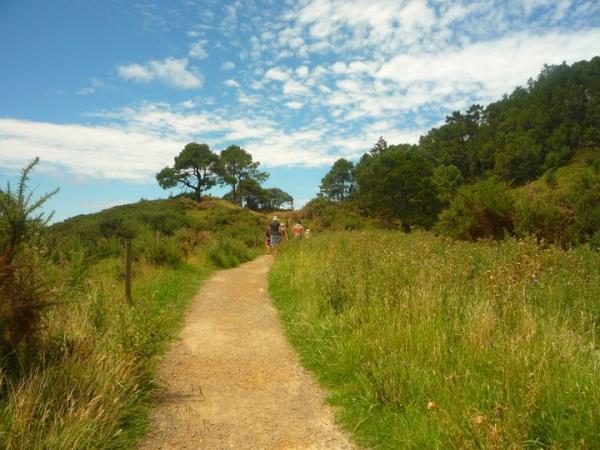 I spent a lot of time in the Coromandel in my formative years and although I can’t say that I have experienced every inch of it, I have travelled there quite extensively. What I have come to realise is that the best of the Coromandel is in its hidden beaches. The beaches that you have to work to get to. If arriving at a beach requires a hike, a lot of people won’t bother. There is a higher chance you will have the place to yourself.

Also, because of their relative inaccessibility, there is little or no development in sight. These beaches have been left in their natural state and are all the more beautiful for it.

So come to New Zealand and get off the beaten path to discover these dream beaches today! 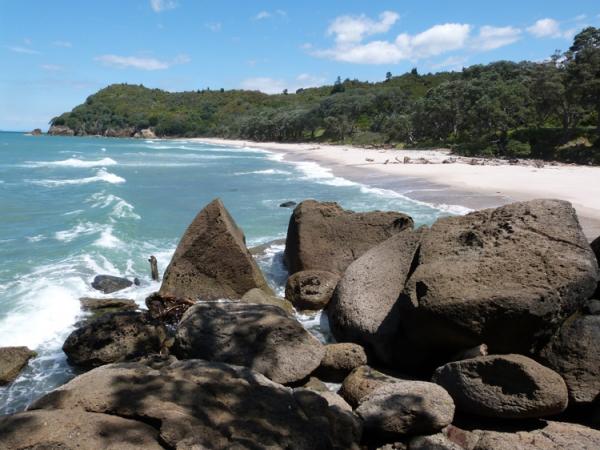 Despite visiting Waihi beach hundreds of times over the years, I never realised until last summer that there was a trail taking you over to this secret bay. Water views abounded as we walked along the cliffside path and through patches of native bush before the sparkling waters of Orokawa Bay came into sight. With forty five minutes of mildly strenuous hiking each way, Orokawa Bay was not the easiest beach to reach, but once we arrived at the brilliant stretch of white sand amongst the rugged New Zealand bush, we knew it was worth every step. 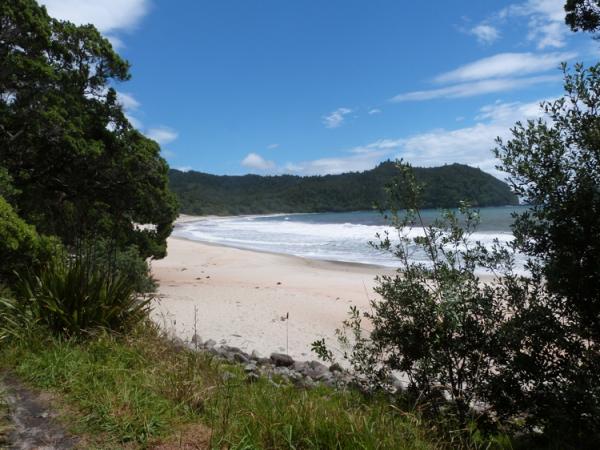 Set in 145 hectares of native forest, New Chums beach has been rated as one of the most beautiful beaches in the world by the British Observer, Lonely Planet and National Geographic. Getting there involves wading through the knee deep and fast flowing waters of an estuary at the end of Whangapoua beach, followed by a thirty minute scramble along a muddy and only partially formed trail. A bit precarious but as soon as we saw this crescent of pale sand and emerald water, we knew why it has received such high acclaim. It reminded me so much of the wild coastline of Tayrona National park in Colombia due to the dense bush that grows right up to the beach. Strolling these wild sands makes you feel far away from the rest of the world, in a good way.

A stunning 5km stretch of beach, fringed by a coastal pine forest, Opoutere beach is only accessed by walking along a basic trail for 15-20 minutes, through the pine scented trees. Shallow sand dunes covered in pale beach grass slope down from the encroaching trees to the rolling surf. With no development in sight, the beach is a breeding ground for several species of endangered bird as well as an epic spot to watch the sunset. Just remember to bring a torch as trying to find your way back through the forest in the dark is rather difficult. Trust me on this one, I speak from experience. 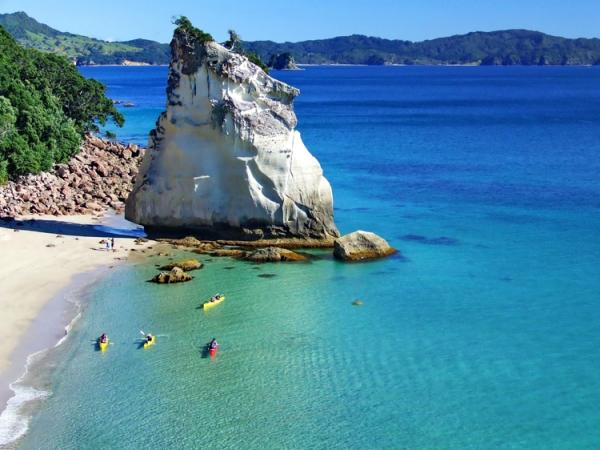 Not quite hidden anymore after being used as a filming location for the ‘Chronicles of Narnia: Prince Caspian’ movie, Cathedral Cove is one of the most beautiful beaches in the whole country, and it is still relatively quiet if you are there when there are no tour buses. Named for the cathedral shaped cave linking the white sand beaches of Cathedral Cove with Mare’s Leg Cove, it takes 45 minutes to an hour hiking each way to reach this tranquil paradise of cerulean water. Small islands dot the water close to shore and you can swim a short distance around the coast to a sea cave. A waterfall cascades to the sand below at one end of the beach. Visit in the early morning and you will likely have this perfect beach to yourself. 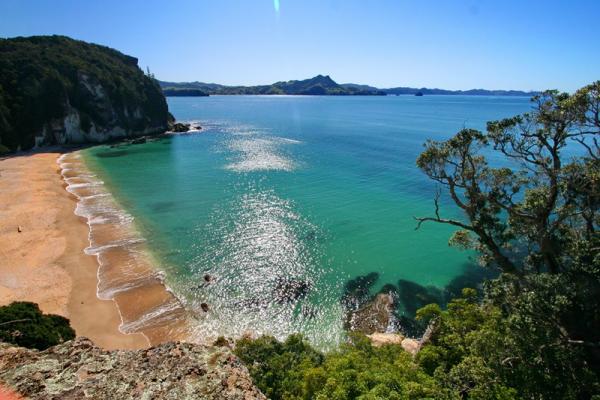 Located in the Shakespeare Cliff Scenic Reserve between Cooks Beach and Flaxmill Bay, this lonely bay (aptly named) has been deserted the handful of times that I have been there. Nestled between two steep cliffs jutting out to sea, Lonely Bay is accessed by hiking through the lush green of the scenic reserve, passing a trickling stream, tree ferns and small waterfalls along the way. Serene and quiet, this is the beach for you if you want to get away from it all. You are almost guaranteed to find solitude here.

The only beach on the list that doesn’t involve a hike to reach it, Whiritoa is in fact a small holiday settlement and beach between the larger towns of Waihi and Whangamata. I have included Whiritoa because there never seems to be many people that bother to stop here on the way to the more popular spots further up the peninsula. Also, because it is one of my favourite beaches in New Zealand. Powdery white sand, small conical islands jutting out of the clear teal water and the brilliant red blooms of native Pohutakawa trees make Whiritoa my ideal beach. There is even a little fish and chip shop with tables overlooking the coast and a meandering lagoon framed by gnarled, old growth trees. If I won the lotto tomorrow I would buy a bach here. With little development and a lazy summer feel, Whiritoa conjures up images of an idyllic 1950’s summer holiday spot. The beauty is in its simplicity. Have you visited any of these hidden beaches? Are there any other Coromandel beaches you would add to the list?

Originally from New Zealand, Katie has been living abroad and travelling the world for the past ten years. In 2012, after seven years living in London, she packed her bags and her boyfriend, embarking on a 13 month trip through 14 countries in the Americas. Now living in Sydney by the sea and trying to balance work, life and travel. She is planning her next big trip to Alaska and Canada in 2015. Check out Katie's blog, follow her on Twitter, Facebook and Instagram.