It seems that summer in Queenstown is a bit late to arrive this year (or did it arrive early?). Over the past few weeks, we have seen more rain than sun in Queenstown and this period of high rain has resulted in massive landslip across the Dart Valley.

Landslips are quite common in New Zealand. It only ever seems to take a large, rain-filled front blowing in off the Tasman to cause a slip across some road, somewhere in NZ. The slip across the Dart Valley at Sandy Bluff has had a couple unusual consequences.  First, it has created a 3km long, 20 metre deep lake about 10kms up from Chinaman's Bluff. Trampers on the fantastic Rees-Dart Track now have to detour a couple kms into the bush to get around the lake.

This lake was the first and most obvious result of Mother Nature's big slip, but more surprising over the past couple of days has been the new color of Lake Wakatipu.

That's right, Lake Wakatipu has a new blue. Along with the slip came loads of glacial rock and glacial dust. Rock that has been slowly crushed over time by the weight of glaciers high above the Dart Valley. The result of this glacial dust falling into the Dart River, and subsequently Lake Wakatipu has been a new more emerald blue hue to the lake. The fine dust is suspended in the water, and the refracting light has caused the lake to take on its new color - one almost similar to Lake Pukaki near Mt Cook.

The photos below (courtesy of Destination Queenstown) show just how apparent the new color is. These shots were taken from Bennet's Bluff, a great lookout on the way to Glenorchy. 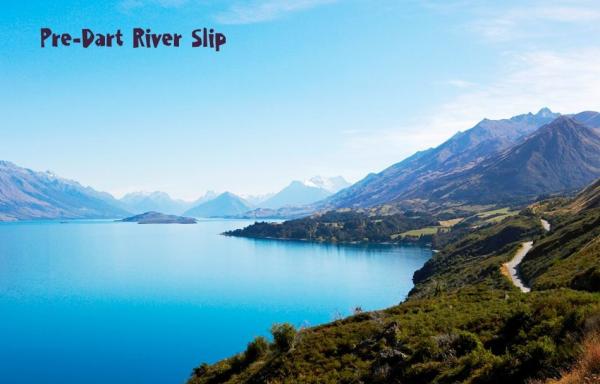 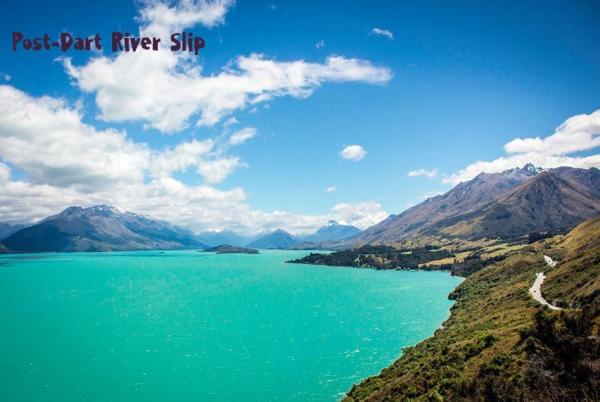