The ski fields of New Zealand's South Island are just as diverse as the landscapes of the country. They have many faces and undoubtedly appeal to all levels and types of skiers or snowboarders.

The South Island is separated by a mountainous spine that runs north to south. These mountains - the Southern Alps - separate the wild and wet West Coast from the dry and rolling plains of Canterbury. The highest points of the Southern Alps are snow-covered year round. A mountain playground for alpinists, and a stunning backdrop for tourists, trampers and photographers.

Come winter the temperatures drop, and the storms rolling in off the mighty Tasman Sea bring snow to lower altitudes and the Southern Alps become a snow-lovers paradise. There are over a dozen ski fields spread over the South Island, and each of these is incredibly unique. From small, club-run fields with DIY lifts developed from tractors to the resorts of Queenstown that draw visitors from around the world - there really is a ski field for everyone.

There are three distinct ski regions on the South Island - the Southern Lakes, Canterbury and Mt Cook / Mackenzie Country. Read on below for an overview of each of these regions.

The Southern Lakes is arguably the most popular region for skiing on the South Island - thanks in part to the international airport in Queenstown that sees an increasing number of flights coming in direct from Australia. There are four main ski fields in the Southern Lakes - two most directly accessible from Queenstown and two from Wanaka.

Only twenty minutes away from Queenstown - the self-proclaimed Adventure Capital of New Zealand - you'll find Coronet Peak. Coro, as the locals call it, is New Zealand's oldest commercial ski field and was formed in 1947. Access to Coronet from town is on a tar-sealed road the entire way, and the mountain is an absolute blast on a powder day with natural bowls, gullies and a mix of beginner and expert terrain throughout. Be sure to check out night skiing at Coronet Peak (with 100+ new lights in 2014) and call in during the day for a coffee at Heidi's Hut.

Queenstown's other ski field is The Remarkables. The Remarks has an entirely different feel to Coronet Peak and is surrounded by a bowl of rock faces and steep slopes that are awesome to explore on a powder day. The Remarkables caters to beginners with an easily accessible learners area and snowboarders love The Remarks for the park. New in 2014 is a six-seater high-speed Curvy Basin chairlift that opens heaps more terrain.

Just over the Crown Range from Queenstown is Wanaka, and Wanaka too has two ski field within reach. Cardrona Ski Field is midway between Queenstown and Wanaka and also caters to beginners and families. Similar to The Remarks, Cardrona also has a great park for skiers and snowboards and also boasts two halfpipes.

The largest commercial ski field on the South Island is Treble Cone - with over 500ha of skiable terrain. TC is about 45 minutes drive from downtown Wanaka and has excellent terrain that is unbeatable on a bluebird powder day. Natural gullies that fill with powder are complimented by incredible views out over Lake Wanaka. Expert skiers or riders will love the Motatapu Chutes and other great terrain that's accessible with a quick hike.

The Southern Lakes benefits from having Queenstown and Wanaka within reaching distance of these four fields. These resort towns feature heaps of adventure activities for when you're not on the mountain and a bustling après ski scene. Take your pick from dozens of bars, restaurants or nightclubs. If you're keen to mix adventure with skiing, check out our Jump Fly Dive Package.

The largest and most popular ski field in Canterbury is Mt Hutt. Located about two hours from downtown Christchurch, Mt Hutt's summit of 2,000 metres can be seen for miles - from the top of the ski field on a clear day, you'll get incredible views all the way across the plains to the Pacific coast. Mt Hutt is part of NZ Ski (who also owns Coronet Peak and The Remarkables), so if you're planning a South Island ski trip you might consider combining these three mountains. Mt Hutt's long-groomed runs -- the longest measuring up at over 2kms - will keep you entertained for days.

Canterbury is home to some of New Zealand's best club ski fields. These small, club-run ski fields seem distinctly Kiwi. Be it the tractor-powered lifts, the on-mountain accommodation or the hike-to-access aspects to the fields, they exhibit a sense of individuality and a pioneering spirit. Broken River, Mt Cheeseman, Temple Basin and others all have a cultish following. If you're an intermediate to expert rider, be sure to check them out and you'll understand why.

Smack dab in between the Southern Lakes and Canterbury are the ski fields of the Mackenzie Country.

The crowed jewel amongst them all is the Ohau Ski Field - commanding out-of-this-world views of Mt Cook, the Southern Alps and the beautiful blue-green waters of Lake Ohau. It's a commercial resort, but feels distinctly like a club field with its cult following and small on-mountain cafe (BYO).

One main lift services the ski field, and there is heaps more terrain for those who are willing to do a bit of hiking. Perhaps the best part of the Ohau Ski Field is the ski lodge at the base of the mountain. The Ohau Lodge is open year round, and come winter it's the perfect place to enjoy an après ski beer by the fire. Choose from a range of accommodation and relax after a hard day on the slopes in the spa pool on the deck overlooking the lake. Sounds perfect? It is. 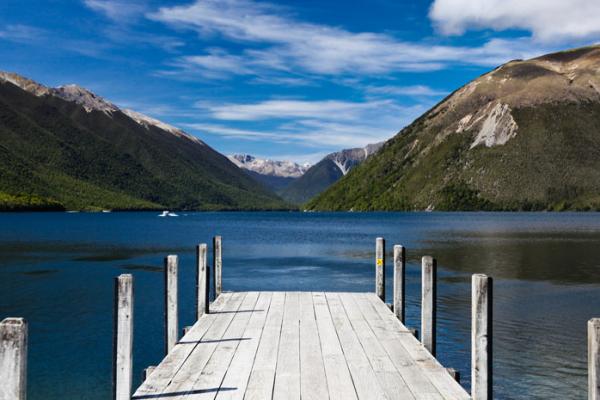 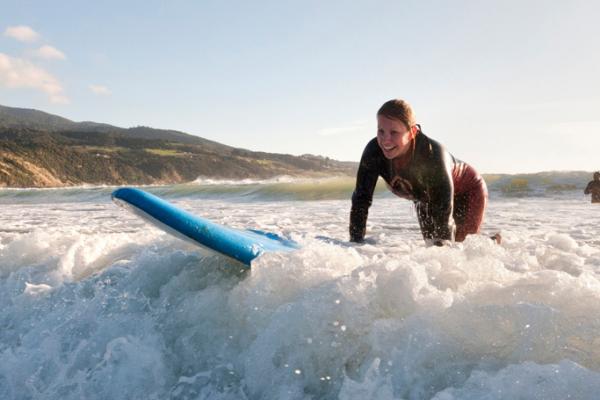